Ionian Club provides friendship for women on the move

The Ionian Club is a network of clubs for women who are, or have been, newly arrived in an area and appreciate the friendship and support of other women. 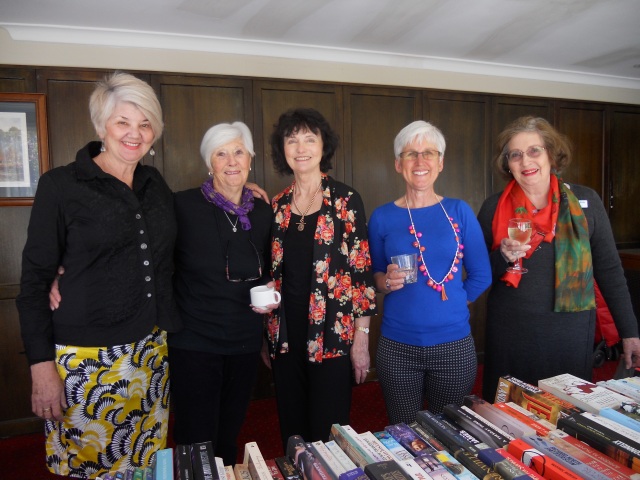 The original Ionian Club was formed in Launceston in October 1946 by Phyllis McDonald, when as a newcomer to the city, she found herself very lonely and felt a need for a club where other women in similar circumstances would meet to share their social and cultural interests. There are now 21 Ionian Clubs throughout Australia, New Zealand and Great Britain. The Orange Club was formed in April 1974. There are four other clubs in NSW including Albury-Wodonga, Newcastle, Sydney76 and Sydney84.

The Ionians were one of the four tribes of Ancient Greece. They travelled from Athens, around the Mediterranean and were known for their love of philosophy, art, democracy and pleasure. The Ionian crest, with its pillars, artists’ brushes and Lyre depicts the cultural interests of the Ionian Clubs. It was designed by Joan Tapp, Phyllis’ sister and founder of the Ionian Club, Sydney.

Clubs hold monthly meetings, have dinners or luncheons to celebrate special events and run interest groups such as craft, book club, Bridge, Mahjong, walking, have outings and events that include partners and friends, and host small fundraisers for charity.
Our Orange Ionian Club meets for lunch on the second Thursday of each month at Duntry League Golf Club. It provides the perfect setting for friendship and networking.

We have a lovely mix of long-term members and people who are new to Orange and the surrounding areas. And we also welcome newcomers to the area so we can assist them in establishing themselves. Currently we have members who travel to Orange from Cowra and Bathurst.

In April we celebrate our Birthday. Members of other Ionian clubs are invited to join us and we welcome them with a small party the evening before, usually at the home of one of our members. This year marked 43 years of the Orange Club.

The October meeting is Charity Day. Members are encouraged to invite friends along to our charity lunch. There are raffles, a trading table with goods members have made or grown themselves throughout the year. There is usually entertainment or a guest speaker. The money raised is donated to a local charity which is chosen at the July AGM.

Money raised from this year’s annual fundraiser will go to Special Olympics Australia, Central West, which provides sporting opportunities in a range of sports for people with an intellectual disability. The money will go to support the purchase of new sporting equipment and to help with travel costs for participants to attend events and competitions.

Currently, the Central West Club has about 13 athletes from across the Central West who get to complete at a local, state, national and international level in a range of sports including swimming, basketball and athletics.

Chair of the Central West Club, Terry Betts, said, ”We have plans to expand the program to other centres and are always on the look out for coaches willing to volunteer their time so we can provide even more opportunities.

‘Seven of our Central West athletes have been selected to compete in the national games to be held at Adelaide next year. The committee will need to fundraise $3000 each to support them to participate in the event.

‘We want to hear from people who would like to volunteer their time as a coach, help to manage competitions, assist with fundraising or join the committee. As we all know, many hands make light work.’

For more information about Special Olympics Australia, to join the club or if you are interested in being involved in a volunteer capacity or as a coach contact Terry Betts: terryjbetts@yahoo.com.au

Ionian Club Orange President, Chris Hindmarsh said, ‘We are thrilled to be able to provide financial support to Special Olympics Club and hope that our funds go a long way in supporting our local athletes to compete in competitions and show the community their many abilities.’

If you are interested joining the Ionian Club or you would like to find out more about starting a Club in your area contact call Chris Hindmarsh 02 6366 3555.

NSW Rural Women’s Network is a government program working in innovative ways to promote leadership and action on rural women’s issues. The RWN team is dedicated to connecting and exchanging information with women and stakeholders in rural, regional and remote communities.
View all posts by nswrwn →
This entry was posted in Communities, networking, NSW Rural Women's Network, Rural Australia, rural women, The Country Web, women, women's networks and tagged #theionianclub. Bookmark the permalink.